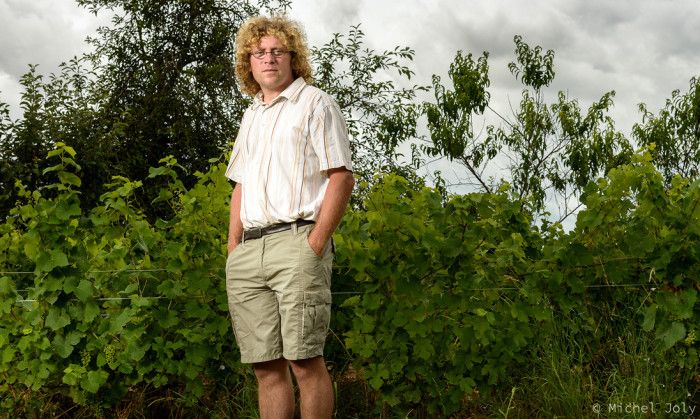 Most often produced from vines cloned from the 1970s, with yields over 80 hectoliters per hectare, it’s no wonder that Aligoté has acquired a bad rap.

But not all Aligotés are created equal: Aligoté Vert, the modern clonal selection, is the high-yielding version; Aligoté Doré, the pre-clonal version, is so fantastic you wouldn’t believe it is the same variety. Both have high acidity but the comparison ends there. There is both a complexity to the acidity of Aligoté Doré and a complexity to the fruit that surrounds it, that is in another league altogether.

Even Jean-Charles le Bault de la Morinière (who only produces grand cru on the hill of Corton at Bonneau du Martray) wishes that he still had Aligoté Doré in his Corton-Charlemagne. The domaine had about one hectare until it was uprooted in the late sixties. But there were some old bottles lurking around and Jean-Charles says they were phenomenal.

Aligoté Doré is actually very rare. Because there isn’t a single nursery proposing it, the only people who have it are those who have very old Aligoté vines. De Villaine, Comte Armand, Michel Lafarge, Pierre Morey, Nicolas Faure, and famously Jean-Marie Ponsot because it is in his Premier Cru Monts Luisants, are a few of the domaines who produce it. But its greatest champion, with four single-vineyard bottlings, is Sylvain Pataille.

Working completely organically since 2007, Sylvain has been increasing his use of biodynamic methods since 2008, and currently plows 4 to 5 hectares by horse. As his domaine grew he worked to preserve the indigenous genetic strains of his vines by using massal selections.

Sylvain had already been making Bourgogne Aligoté since 2002. In total he had 1.6 hectares of Aligoté that was all blended into one regional-level wine of superior quality: vines aged 50 to 80 years old with yields from 20 to 45 hectoliters per hectare.

In the winter following the 2013 harvest, Sylvain told us he had something he wanted our opinion on. It was his four single vineyard Aligotés. “Am I crazy to want to bottle these separately?” Sylvain asked. The differences in terroir were crystalline, as clear as if they had been planted to Chardonnay or Pinot Noir. And the wines had an extraordinarily exciting saltiness and an energy that Chardonnay couldn’t attain. Chardonnay may do other things better, but not that — this energy was particular to Aligoté Doré. Not only were we all for the single-vineyard bottlings, we wanted every single bottle—only one barrel of each was made. The 2013 vintage is also the vintage when Sylvain decided to vinify and age his wines without sulfur until bottling, then bottle with very moderate amounts, making these single-vineyard Aligoté Dorés particularly expressive.

Here are the four vineyards:

Notes: Pure, delicate and briny nose. The attack is salty, the mid-palate is direct and linear, and the finish incredibly detailed and complex. A classic Aligoté Doré, with the limestone scree beautifully displaying the variety’s Chablis-like, oyster-shell saltiness.

Vineyard: 0.8 hectares of 55-yr-old vines, dense clay soil with some limestone rocks. These vineyards used to belong to his pépé (grandpa).

Notes: Explosive minerality already delineated on the nose. Slightly richer notes of salted butter caramel on the palate are refined and lifted by that same underlying minerality on the finish. This wine yin and yangs between a certain gourmandise on one hand, and a chiseled minerality on the other, and the result is utterly satisfying.

Vineyard: 0.2 hectares of 80-yr-old vines, really well-draining soils that are red in color due to their iron content with the lower layer composed of chalky limestone.

Notes: Just as with this terroir’s Pinot Noir example, this high-energy wine demands a bit more time before revealing its layers. The nose is dominated by citrus, Meyer lemon in particular. Silky texture on the attack, but this is arguably the most austere of all. High-toned and bright on the palate, with lots of acid and a tight, chalky mineral finish. In two words: focus and power.

Notes: Undeniably, an astounding terroir for Aligoté Doré, revealing both its aromatic and textural complexity. Toasted, reductive notes on the nose at first, followed by fresh notes of anise and herbs (tarragon, lemon verbena). Intellectual due to its extraordinarily diverse expression — combining alpine freshness, Provençal herbs, and stony definition — but also generous in the way that these layers unfold effortlessly on the palate.

“Check out some really wonderful Bourgogne Aligoté from Sylvain that are solid evidence that this variety can produce wines every bit as entrancing as Chardonnay. Sylvain here takes it to a new level with some fascinating terroir-specific bottlings.” —Neal Martin, The Wine Advocate